The 7 Most Iconic Palace Gardens in the world 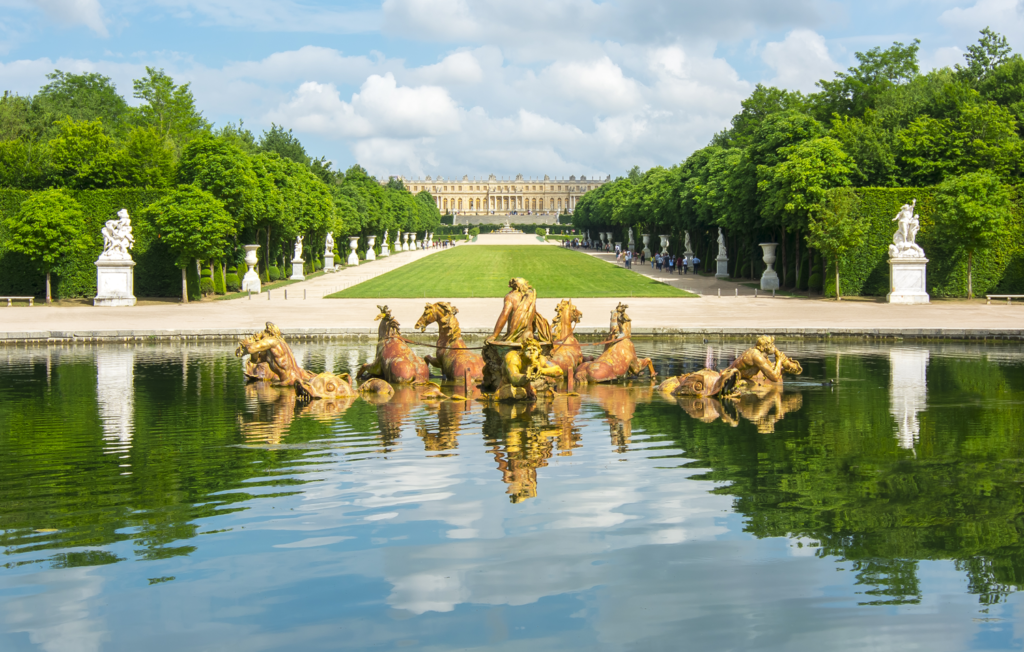 Palace residents often use gardens to relax and commune with the natural world. Many of these gardens are well-known for their beauty and design (usually maintained by private household gardeners), making them places for everyone to enjoy. Here is a list of our favourite palace gardens in no particular order.

Versailles is a palace in France and the largest of its kind globally. King Louis XIV built it as a country estate for himself, which wasn’t unusual at the time. The King was known for his love of grandeur, and he wanted to create a place that would reflect his glory (and it did!).

The gardens were designed by André Le Nôtre, who created beautiful geometric patterns with hedges and trees. He also planted many flowers; one section of the garden has over 2 million tulips! The garden features many fountains throughout Versailles—over 300 of them—that add beauty to every part of your visit here.
You can explore all these gardens yourself through an audio guide or on foot with an audio guide included in your ticket price (several different options are available). You can also take photos if you have permission from staff members working there at any given time; just ask before snapping! Suppose you’re lucky enough to visit when everything’s blooming its brightest colours possible during summertime. It might just be worth coming back again next year, too, because there’s always something new happening each season here.

Hampton Court Palace is a royal palace in the London Borough of Richmond upon Thames, Greater London, England. The palace has been home to four Tudor monarchs: Henry VIII, Edward VI, Mary I and Elizabeth I. It has also been the home of Stuart monarchs Charles II and James II; Georgian monarchs George I, George II and George III; Romanov Tsar Peter III, who married Catherine the Great’s niece Catherine of Mecklenburg-Strelitz in 1758; as well as British monarchs William IV and Victoria.

Hampton Court Palace was a favoured royal residence by many monarchs. Many parts are open to visitors today, with over 1 million people visiting each year.

Viceroy’s Garden is a more exclusive space in New Delhi, India. It was built in the 19th century by British Viceroy Lord Curzon to create an exclusive spot for himself and his guests to relax. The garden has since become one of India’s most popular tourist attractions.

The Viceroy’s House, now known as Rashtrapati Bhavan, is located at Raisina Hill in New Delhi and overlooks the garden.

The main feature of this palace garden is its Italianate style with fountains and statues that depict Greek mythology. During your visit, you will be able to enjoy views of lawns dotted with trees and bushes as well as statues from around Europe alongside Indian sculptures such as Ganesha or Shiva Nataraja (Lord Dancing).

The Taj Mahal was built as a tomb for the Mughal Emperor Shah Jahan’s wife. It is located in Agra, India and is a UNESCO World Heritage Site. The Taj Mahal is a mausoleum that consists of an iconic white marble structure with four minarets at each corner and a large dome that sits on top. Inside this mausoleum are intricately carved panels detailing scenes from the life of Shah Jahan’s favourite wife, Mumtaz Mahal, who died while giving birth to their 14th child.

Drottningholm Palace is one of the most significant royal residences in Sweden. Located on Lovön, an island in lake Mälaren, it is the only royal palace still in use. The palace was built during the late 17th century and has been expanded throughout time by every monarch. Nowadays, it’s home to Queen Silvia of Sweden and her family as well as The Royal Court Museum, which you can visit when you pay your visit to Drottningholm Palace Gardens!

It stands out among other palaces because it was built with Baroque architecture instead of Renaissance or Gothic styles that were common among other European palaces at that time.

Apart from being beautiful, this world-famous palace also holds many secrets within its walls. There are secret passages leading from one room to another, paintings by Rembrandt hang all around the castle, and even a secret chamber hidden from view behind closed doors!

Combining the influences of Versailles, Rome, and Tuscany, the Caserta Royal Palace and Park, north of Naples, was designed according to the wishes of Charles of Bourbon III by Luigi Vanvitelli, one of the greatest Italian architects of the 18th century. Caserta is considered a triumph of Italian Baroque and ahead of its time. Expanding across 11 acres, the garden’s pools, fountains and cascades are aligned through a ‘telescope effect’, extending as far as the eye can see.

Palace gardens are a testament to the wealth of the monarchs that commissioned them and the skills of their gardeners – they have been an integral part of palace architecture right from the beginning. Larger palaces or royal residences also required more extensive gardens to provide greenery and beauty and a place to stow horses and carriages when not in use. Some of these beautiful palaces have been demolished or neglected over the years, but those that remain continue to captivate the hearts and minds of tourists from all over.