The Five Most Exclusive Schools in the World 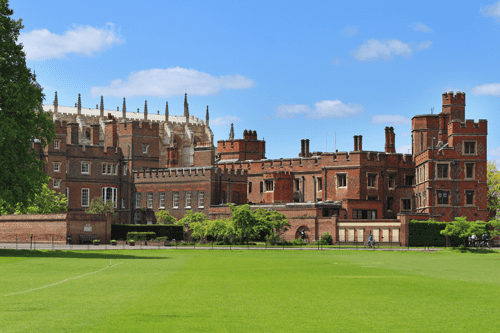 As a parent, you want the best for your children. When they were just toddlers, you probably hired a nanny for them. Now, when they are a bit older it’s time to send them to school. Most definitely you want them to have every opportunity to succeed in life. That’s why you should consider sending them to the most exclusive schools in the world.

In a world where education is becoming increasingly globalized, there are still some schools that manage to remain exclusive. These schools cater to the ultra-rich and often have lengthy waiting lists. If you’re looking for the best of the best for your children, here are the five most exclusive schools worldwide.

Why should you choose an exclusive school?

They’ll get a top-notch education

When you send your child to an exclusive school, you can be confident they’ll receive a first-class education. These schools attract the best teachers and offer the latest resources and facilities. From early childhood development programs to post-secondary education, your child will have access to everything they need to succeed academically. It’s also a great advantage that these schools offer early development so you don’t have to hire a nanny.

Another advantage of exclusive schools is that they provide opportunities for students to network with other high-achieving individuals. These connections can be valuable later on in life, whether it’s landing a dream job or getting into a top university. When your child rubs shoulders with other future leaders, they’ll be well on their way to success.

In addition to academic success, attending an exclusive school can also benefit your child in terms of personal development. These institutions instil important life skills such as leadership, critical thinking, and time management. By teaching these skills at a young age, your child will be better equipped to handle whatever challenges they face later on in life.

The Five Most Exclusive Schools

Eton College is a boys-only school located in Berkshire, England. It was founded in 1440 by King Henry VI and has been attended by 19 British prime ministers, including Boris Johnson and David Cameron. Fees for international students start at around $50,000 per year.

Phillips Exeter Academy is a co-educational boarding school located in Exeter, New Hampshire, USA. It was founded in 1781 and counts Mark Zuckerberg and Bill Gates among its alumni. Tuition fees for international students start at $52,000 per year.

Geelong Grammar School is a co-educational boarding school located in Corio Bay, Australia. It was founded in 1855 and counts Prince Charles and Rupert Murdoch among its alumni. Fees for international students start at $56,000 per year.

Alma Mater Studiorum is a co-educational university located in Bologna, Italy. It was founded in 1088 and is the oldest university in continuous operation in the world. Fees for international students start at around $30,000 per year.

Trinity College is a constituent college of the University of Cambridge located in Cambridge, England. It was founded by King Henry VIII in 1546 and has produced 32 Nobel laureates throughout its history. Fees for international students start at around $45,000 per year.

If you’re looking for the best education money can buy, look no further than these five exclusive schools from around the world. From England to Australia to Italy, these schools boast impressive histories and notable alumni. Some of them even take very young kids and offer early development programs.