Traditional Butlers – Why They’re Still in Demand & Still Worth Their Weight in Gold. 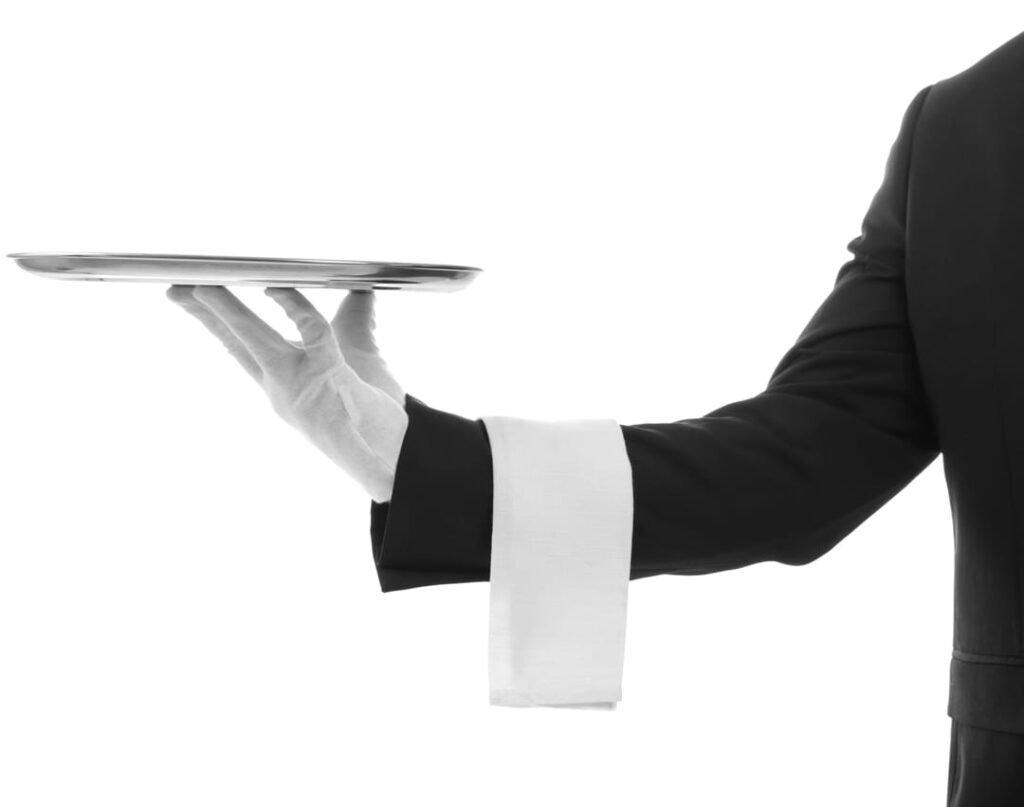 Far from a thing of the past, Traditional Butler roles are still very much in existence and proving vital to the running of households across the world.

Traditionally speaking, Butlers’ roles are similar to that of a Valet, in as much as they must attend to the personal needs of the head of the household.

What does a Traditional Butler role include?

The International Guild of Professional Butlers says there are certain tasks that are intrinsic to the role. One of the most important responsibilities it lists is hosting.

What is meant by this is that a Butler should answer calls to the household phone, greet guests at the door, assist in the planning of events and dinner parties, oversee table settings, and serve drinks and food (as but a few examples). They will also manage the wine cellar.

The Guild goes on to suggest that a Butler’s role often involves being responsible for other staff. This could extend to training new staff members, organising the payroll and the staff schedule, and even (in some cases) hiring and firing.

A Butler’s duties are as individual as the household they serve. Chauffeuring could be included, as could housekeeping, cleaning and maintenance. Budgeting, administrative and security issues may be placed in their hands, along with the upkeep of artwork, silverware and antiques.

What does it take to be a Traditional Butler?

Skills required to be a Butler include (but are by no means limited to):

Consider gaining a qualification. It proves you have a good level of knowledge, but also shows that you’re taking your career seriously and are willing to invest in it.

Do you have to be male to be a Butler?

Absolutely not. Butlers have traditionally been male, and although this does remain the case in the majority of households, gender is by no means a barrier to the role.

The first documented mention of a female Butler is in the 1892 book Interludes being Two Essays, a Story, and Some Verses, by Horace Smith. In it, Smith quotes a certain Sydney Smith, who had apparently run into lean times: “A man servant was too expensive, so I caught up a little garden girl, made like a milestone, christened her Bunch, put a napkin in her hand, and made her my butler. The girls taught her to read, Mrs. Sydney to wait, and I undertook her morals. Bunch became the best Butler in the country.”

Today, female Butlers are sometimes preferred, especially for work within Middle and Far Eastern families, where it may be culturally problematic for males to work closely with females in a household. Western female celebrities may also prefer a female butler, particularly where the wife is pivotal in the decision to hire a butler and is in the household more than her counterpart.