Famous People That Used to Escape Their Security Teams 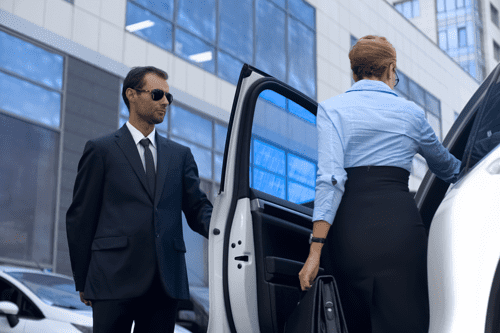 Security teams or CPOs (close protection officers) are tasked with the difficult job of keeping their clients safe while also ensuring their privacy. It’s a delicate balance and one that is often made even more complicated by the fact that many high-profile individuals are notoriously difficult to keep track of.

In this blog post, we’ll take a look at some of the most famous people in history who have managed to give their security teams the slip on more than one occasion.

The King of Rock and Roll was known for his love of fun and adventures, and he didn’t always let his security team in on the fun. On more than one occasion, Elvis would don a disguise and sneak out of Graceland, his Memphis estate, in order to explore his hometown incognito.

Elvis would often head to local diners and drive-in movies, where he would chat with fans and enjoy the freedom of being anonymous. While his CPO (close protection officer) would eventually catch up with him, Elvis always managed to have a good time before he was discovered.

When he was President of the United States, Bill Clinton was one of the most closely guarded individuals in the world. However, that didn’t stop him from finding ways to sneak out and enjoy some private time every now and again.

Clinton was particularly adept at eluding his CPO (close protection officer) detail when he wanted to play golf, which was one of his favourite pastimes. On more than one occasion, Clinton would leave the White House under the cover of darkness so that he could hit the links without any reporters, photographers and security following him around.

Madonna is another celebrity who has managed to give her security team the slip on more than one occasion. In 2009, Madonna ditched her security detail in London so that she could go explore the city on her own. Madonna later admitted that she had planned her escape route in advance and had even rehearsed it with her personal assistant.

The Material Girl has also been known to sneak out of her New York City apartment dressed up as a cleaning lady so that she can wander around her neighbourhood without being recognized.

The Queen Bey is one of the most famous and successful women in the world. She is also one of the most guarded. So, it’s no surprise that she has been known to give her security detail the slip from time to time.

In order to get some time alone, Beyonce has been known to use decoys and body doubles to fool the paparazzi and has been spotted without her entourage on more than one occasion.

CPOs (close protection officers)  have a difficult job – they have to keep their clients safe while also ensuring their privacy. This can be especially difficult when working with high-profile individuals who are known for being difficult to keep track of.
In this blog post, we’ve taken a look at four famous people who have managed to give their security teams the slip on more than one occasion. While each person had different reasons for wanting to ditch their security detail, they all share a common desire for freedom and privacy.